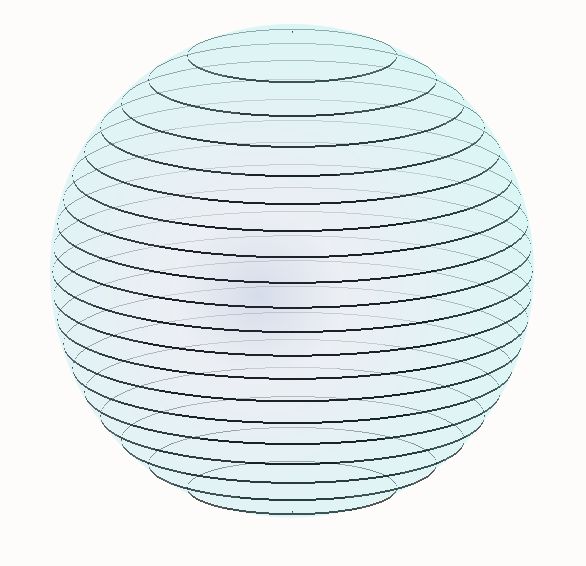 Recently we purchased the book "How to Dig a Hole to the Other Side of the World" for our son. (Expect to see that book written up in our Product Reviews blog soon!) As we talked about the notion of drilling a hole through the earth, it reminded me of the concept of a Gravity Train.

The concept of a gravity train has been around for a long time. It's a simple concept. Simple, yet fiendishly difficult to implement.

Pick two cities you want to connect. Los Angeles and Johannesburg? Honalulu and Sydney? These are cities that you would need either a boat or an airplane to connect. Unless you were able to drill a straight-line hole right through the earth from one city to the other, and run a train through that hole!

Feasible? Not really. Not with our current levels of technology. But what if we could? Well, we would have one of those wonderful scenarios in which we let Mother Nature do most of our work for us.

After all, if the train is going through the earth, for half of its journey it is falling, which means gravity is going to cause the train to accelerate without any extra fuel from us! The first half of the journey is incredibly cheap. It's also incredibly fast, because you never stop accelerating. You keep going faster and faster and faster. You know that feeling you get when the roller coaster rolls over the top of the track and starts down the other side? Yeah. That's the feeling.

But what about the second half of the journey? Now you're no longer falling toward the center of the earth, right? So you need fuel to push you back out?

Well, yes, and no. Your train, at the beginning of the journey, has a lot of potential energy, and during the first half of the journey potential energy gets converted to kinetic energy (energy in motion, or velocity). But when you reach the midpoint of that journey, the kinetic energy begins converting back to potential energy. Your train begins to slow down as it gains altitude again. Think of it like this. Put a car in neutral at the top of a hill and let it go. What does it do? It rolls down the hill, and then it keeps on going. If there's another hill, it'll start back up the other side, won't it?

The same is true of our gravity train. If there were no friction in our tunnel, we wouldn't need to add any energy to the system to get it from one end of the tunnel to the other. Since there's no way to remove all the friction, that means that at some point on the outward half of the journey we'll have to start supplying energy - just enough to balance out the energy loss because of friction.

Still, all things considered, that's a pretty good deal! You don't need to expend enough jet fuel to get a jet up to altitude and speed. You don't need to push an ocean liner across the ocean. You just release the train, and good ole planet Earth does most of the work for you.

How long does the journey take? About 42 minutes. "But wait!" you might say, "I didn't tell you which two cities I'm traveling between!"

Yes. You see, for the Boston-to-Miami journey, your train is traveling close to the surface of the earth. It's like putting your car in neutral on a very shallow incline. The rate of acceleration is very low. Compare this with the Boston-to-Sydney trip. Since these two cities are (more or less) on opposite sides of the world, your tunnel goes right through the center of the earth, and the acceleration starts out very high (close to 9.8 m/s2). It's more like driving your car off the edge of a cliff.

So in one case you're going a very short distance (relatively speaking), but you have a low acceleration, and in the other, you are going a long distance, but you have a very high acceleration. Mathematically, it turns out that these differences cancel out, and if you rely on gravity to do the work (supplying just enough energy to balance the friction loss) it will take 42 minutes no matter where in the world you want to go. You can get from Santa's Workshop to the land of the penguins in 42 minutes.

Want to see a simple simulation of the motion of the trains through the earth? You can choose cities of origin and destination for three trains, and watch them all simultaneously make their journeys back and forth through the earth. Scroll back to the top of the page to make your selections!

In order to make the three dimensions more obvious, we've made cities on the side of the globe facing the viewer significantly larger and brighter than cities on the far side. Similarly, the trains decrease in size as they pass from the front to the back side of the earth, and decrease in brightness as well.

In our simulation, we made a lazy assumption. We assumed that the earth is uniformly dense, and it isn't. How does density affect the calculations? Well, that's an interesting question, thanks for asking!

However, the earth is not uniformly dense. The core is more dense than the outer regions of the earth. As the train passes through the outer regions, the mass change is not keeping pace with the distance change, and as a result, the force of gravity actually increases slightly at the beginning of the journey, until the train reaches the boundary between the mantle and the outer core. At this point, the force of gravity nose-dives in an essentially linear manner until it hits zero.

We chose not to mess with any of these calculations, and use a straight linear drop for the gravitational force on the train. This means that our simulation is not perfectly accurate. Maybe someday we'll insert a table of density values into the simulation in order to more accurately represent the trains' motions, but the simulation, as it stands, will give you a fairly good idea of how the trains move!