Keyhole Corners
Build models that can be deconstructed for storage
Beveled Window
A tutorial for creating complex window shapes
Spacers
Create a variety of spacers to join sheets
More tutorials...
View the index of all our paper craft tutorials.

Lineco Neutral pH Adhesive: This is a fantastic adhesive for paper/card work. It is a PVA glue which means it is non-toxic like Elmers and Gorilla glues. However, it has much less "filler" materials, so it bonds quickly, strongly, and flexibly. It doesn't set as fast as super glue, but quickly enough that - unless you're in a hurry - you can just hold the joint together for a minute or two until it'll hold itself. It's more expensive than its "lesser" cousins, but for a crafter, it's unquestionably worth the cost.

Portable LED Lightbox:  It's not unusual to have need to trace patterns or designs from one sheet to another. You can use tracing paper, of course, but if you want your pattern on a piece of heavier paper, this light box does the trick. Place your pattern on the light box, then your blank piece of paper on top of that. With the bright light on, you can trace through even heavy card stock!

Fiskars Self-Healing Cutting Mat: A great surface to help protect your table while you're cutting. "Self-healing" means that you won't be quickly replacing this mat because you've created gouges in the surface. I've been using the same mat for several years. Note that there are several sizes available; choose the one that best fits your workspace!

Fiskars Craft Paper Trimmer: Most of the time you'll use scissors or a knife (see the recommended craft knife below), but occasionally you'll want a nice straight cut, or you'll want to square up a right angle corner, and this tool will come in handy. Just line your paper up against the ruler, and get a perfectly measured, perfectly square corner. It's compact, and won't take up a lot of space in your work area.

X-Acto Precision Knife: You'll probably use scissors for some cutting, but there are two reasons you'll want a good knife. One is that for more complex patterns, you'll need to cut interior slits and holes in your card, and scissors just don't cut it for that kind of application. The second reason is that a good knife allows you to gently score a line so that it can easily be creased. 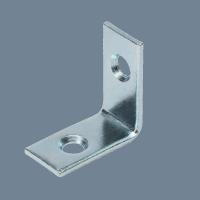 Corner Braces: These braces are used in building temporary corners for models that need to be assembled and disassembled at need. The tutorial which uses these braces can be found here: Temporary corners. In addition to this use, I occasionally use these to sandwich a right-angle corner while the glue is drying. If you get braces for this purpose, you might also want to pick up...

2" Spring Clamps: Once you've sandwiched your joints between the corner braces, you can clamp both ends of the braces using these small clamps. These can be used without the corner braces as well. You probably don't need to have 20 of these unless you're doing assembly-line work, but as an example, this year my kids and I made Cube Christmas Ornaments to give to friends and family members, and I was glad I had a pile of these at hand; they made the process much quicker.

Painter's Tape: If you don't want to hold a glued joint until it sets, you can hold it in place with easy-to-remove painters tape. This is also very useful for temporarily holding a project together. When I'm designing, I often want to see how something will look without having to permanently glue it. Painter's tape does the job nicely.

You may find some of these tools useful if you intend to design your own patterns for building models. Much of my pattern design is done on the computer, but there are times when there's just no substitute for drafting paper and good tools.

Staedtler Architect Triangular Scale: I've had mine since the 80s when I studied engineering in college. The only complaint I have is that it's easy to accidentally use the wrong scale. You'll notice that this updated one from Staedtler has the sides color coded to help avoid that issue. It almost makes me want to replace my 40-year old ruler. Or I could just paint stripes myself; I wonder why I never thought of that before! This page explains one way you might use a triangular scale.

Staedtler Mars Plastic Eraser: I won't say Staedtler makes the best plastic eraser out there; I'll just say it's the best of any brand I've used. If you're designing your own patterns, you'll have plenty of cause to use an eraser.

Staedtler Mars Precision Compass: If you need to make circles, you might as well get one of these, instead of one of those stencil templates that isn't guaranteed to have exactly the size you want. Also, don't buy a cheap "student" one at a department store. Those will drive you up a wall (I never even recommended them for my own geometry students). As you can see from the picture on the product page, this item will not slip.

Staedtler Flexible Curve: I'm going out on a limb here, because I don't actually own one of these (but it's on my wish list). In case you haven't deduced, I'm a fan of Staedtler products, so I think it's a fairly sturdy limb I'm on. I'm often in the situation where I need to create a non-circular curve, and this will do the trick. The flip side is that sometimes I've already created a curve and need to find out how long it is. This tool will give you either english or metric readings.

Trig Scale Adjustable Triangle: I didn't even know these things existed until a few years ago. One of my patterns involved a church stained-glass window frame which was had a larger opening on the outside than on the inside. Designing the piece that would fill that gap involved a lot of odd angles, and a tool like this can be a big help.